Thank you for your patience while we retrieve your images.

Jane Sanders, Christine Stoker, Lisa Liberman-Wang and Donna Erickson Exposure North Jersey presented Women for Women networking event at Ramapo College in Mahwah yesterday to discuss the topic of "How to Start the Conversation?” Attendees learned how the panelists have disrupted the unknown, made a change, brought a lesser known issue to the forefront, started a conversation about something they were passionate about and created a support group to initiate a change. The panel was moderated by (201) Magazine Editor, Amelia Duggan and the group of inspiring participants included:

The not-for-profit partners for this event were The Center for Hope and Safety (formerly Shelter Our Sisters). Center for Hope and Safety has helped thousands of woman across Bergen County break their cycle of violence, and we can help you too. And Team Red, White & Blue's mission is to enrich the lives of America's veterans by connecting them to their community through physical and social activity. 01/13/2016 (Photo by Jeremy Smith)
NIKON CORPORATION NIKON D810, f/3.5 @ 32 mm, 1/50, ISO 250, Flash
Categories & Keywords
Category:
Subcategory:
Subcategory Detail:
Keywords:
© 2016 North Jersey Media Group 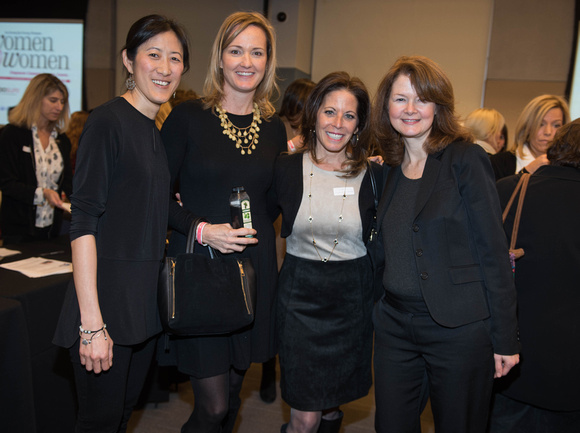