Thank you for your patience while we retrieve your images.

John Depalma, Lynn Reilly and John Reilly
The Grand Opening of the Davidoff Lounge at The Tobacco Shop of Ridgewood was held on Thursday. Davidoff, a Swiss company known for its excellence in luxury goods. The Tobacco Shop of Ridgewood has just completed its fourth and largest expansion in its 35-year history. The shop is nestled in the historic area of the Village of Ridgewood, a Victorian town established in 1894. A family business, developed in 1979, has brought much camaraderie between many of the men and women that have patronized the shop over the years. This expansion into the Davidoff Lounge will expand the networking of many of the members in a 2,400 square foot upscale setting. 10/02/2014 (Photo by Jeremy Smith)
NIKON CORPORATION NIKON D810, f/2.8 @ 27 mm, 1/40, ISO 125, Flash
Categories & Keywords
Category:
Subcategory:
Subcategory Detail:
Keywords:
© 2014 North Jersey Media Group 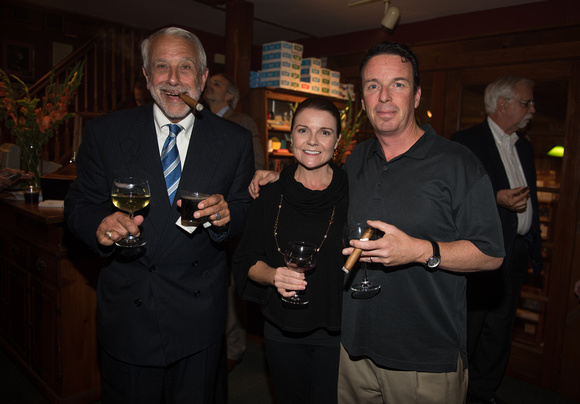